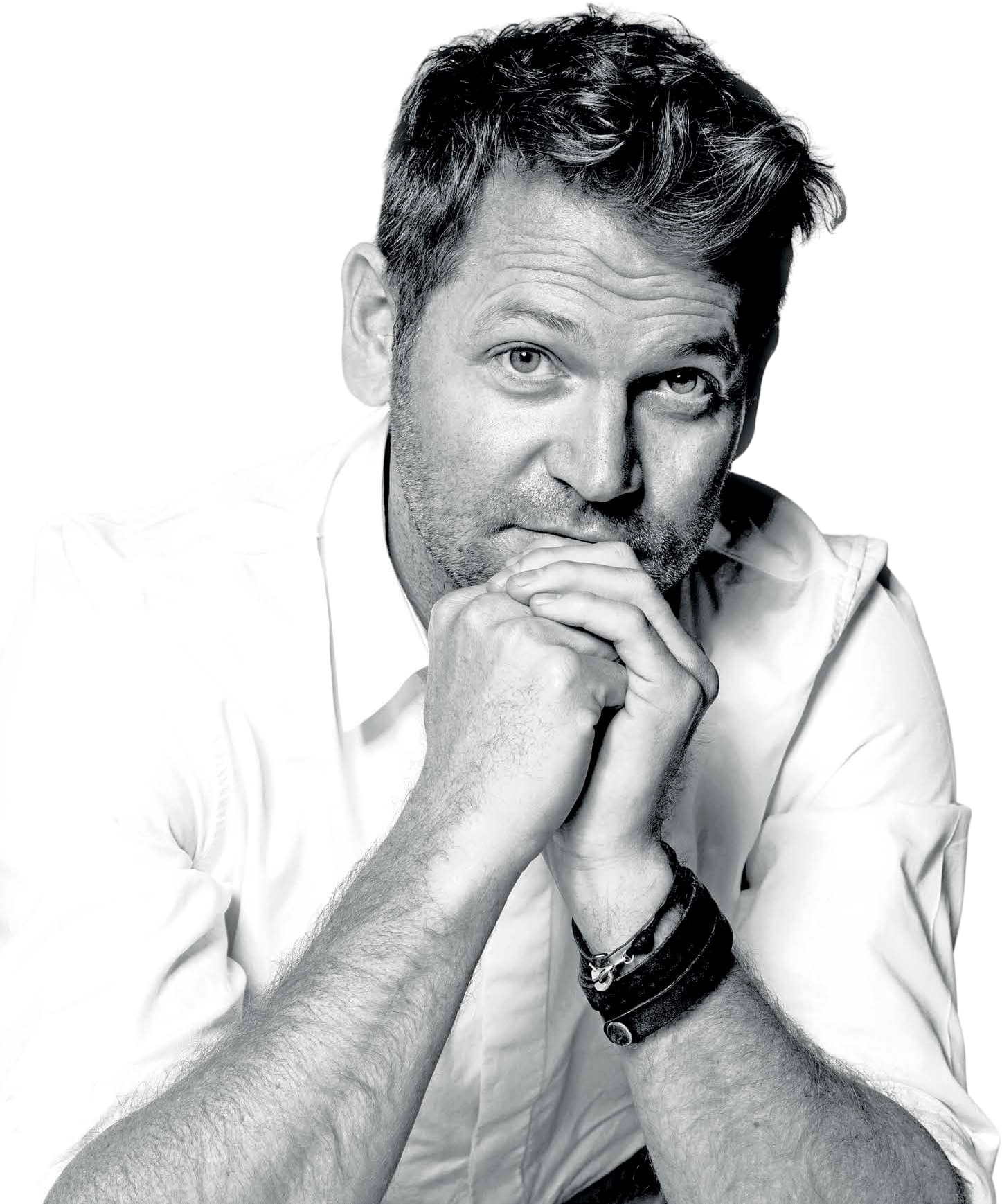 Jan Hendrik van der Westhuizen’s journey to becoming one of the first South African chefs to obtain a Michelin star has captured the imaginations of foodies around the world. To be taken up in the Michelin firmament is arguably the culinary world’s highest honour. But to venture to France and to receive this accolade in Michelin territory, is a rare feat.

Growing up in the heart of South Africa’s Mpumalanga province, Jan Hendrik developed a unique relationship with food. He spent his childhood evading a certain destiny as a tractor-wielding farmer’s son, instead taking to a life in the kitchen, where – nurtured by his mother and grandmothers – he refined a talent that would one day lead him to open a celebrated restaurant on the French Riviera.

In 2016, less than three years after opening its doors, JAN received its first Michelin star. Later, Jan Hendrik expanded JAN’s borders by introducing MARIA, a bespoke dining concept named after his grandmother, who had a profound impact on his cooking.

Jan Hendrik’s award-winning début cookbook, The French Affair, featured recipes from his childhood and was very well received by readers and critics alike. His second bestseller, JAN – A Breath of French Air, picked up where The French Affair ended by capturing the mood and inspiration of the dishes served at Restaurant JAN. His third title the Klein JAN Cookbook, inspired by his latest eatery in the beautiful Tswalu Kalahari Reserve, is a celebration of South African cooking in all its bold and fragrant splendour.

In October 2017, Jan Hendrik launched his first TV show also entitled, JAN, which recently aired a fourth season – JAN RSVP. The latest SAFTA nominated series showcases intimate interviews between Jan Hendrik and several South African legends of industry, some of his own heroes, set against the backdrop of a beautiful heritage house in Franschhoek that serves as the location of his seasonal culinary experience, JAN Franschhoek.

JAN the Journal – Jan Hendrik’s bi-annual luxury food and lifestyle publication – launched in May 2018, and chronicles Jan Hendrik and his team’s culinary voyage of discovery through a series of recipes and stories that explore the people, places and ingredients behind the food we eat. The latest edition, JAN the Journal Volume 10, marked a milestone five years of the beloved title.

With the launch of Restaurant Klein JAN at Tswalu Kalahari – one of South Africa’s leading private game reserves – in 2021, and by establishing JAN Innovation Studio in Cape Town and JAN Franschhoek in the Boland, JAN has become firmly rooted in home soil.

“My heritage informs everything I do, most especially my work as a chef. But through every journey I’ve ever undertaken, I’ve always believed in being honest with myself, being curious, mindful of the impact my actions have on others, and in surrounding myself with great people.” WHO WE ARE
We are committed to leaving the world more mindful, more inspired and more sustainable than how we found it.
We will do this by sharing content that honours our heritage, innovates and celebrates the beauty in everyday life.
MISSION

To preserve the beauty in the world by inspiring people to slow down, taking the time to see things in a new light, and to be more curious.

We will achieve this by encouraging and educating people to cook responsibly – from scratch using real, seasonal ingredients while leaving minimal waste behind – to value quality over quantity, and to take another look at the things we may take for granted.

Creating a better world by inspiring others to be kinder to themselves and others by living mindful and fulfilling lives through great food and experiences.

Restaurant JAN, an intimate 24-seater restaurant in Nice’s Vieux Port area, is a source of great pride to many South Africans, as this is where Jan Hendrik became his home country’s first Michelin-star chef. Today, JAN continues to enchant locals and visitors alike with its innovative fusion of classic, honest South African flair elevated to haute cuisine status.

As part of the Restaurant JAN experience, guests can enjoy a mid-meal interlude where they visit MARIA, a private dining room across the street from the main restaurant, to sample a selection of over 20 cheeses, as well as delectable preserves made from locally sourced ingredients.
read more

Klein JAN, meaning “Little Jan”, was an affectionate nickname bestowed on Jan Hendrik by his grandmother. It would seem fitting, then, that the chef would pass this name on to his most personal culinary project to date. Situated at Tswalu Kalahari, one of South Africa’s most exclusive private game reserves, Klein JAN celebrates the Kalahari’s unique culinary offering and elevates it to world-class status.

As JAN’s base in South Africa, the Studio offers bespoke private events for a limited number of guests. Each event is unique — crafted to suit the occasion — and only available on select dates, which are booked in advance. As well as being the headquarters for JAN the Journal, the Studio also functions as a culinary development kitchen for the brand.

JAN Innovation Academy is an inspired online space for personal and skills development. A digital library carefully curated by Jan Hendrik of the things he would have loved to know when he started his career. Through inspiring video lessons and supporting learning material, he shares his personal tales of trial and triumph in a range of short courses featuring fellow experts in related industries. JAN Innovation Academy combines education, virtual mentorship and entertainment to inspire the next generation of creatives, entrepreneurs, movers and shakers.

Part lifestyle magazine, part coffee-table cookbook, the Journal is a biannual publication that chronicles Jan Hendrik and his team’s creative journey. Every issue comprises around 300 pages filled with over 50 tried-and-tested recipes and a variety of stories about everything ranging from food and ingredients to an appreciation of the finer things.
read more

What started as a pet project has turned into one of the most fulfilling ventures of Jan’s life. Over the last year JAN Innovation Studio has become home to a growing collection of South Arican cookbooks, donated by people from across the country and preserving our culinary heritage. These books have found a loving new home where they are treasured dearly, fulfilling Jan’s dream to grow south Africa’s biggest cookbook library, so that our collective heritage and culinary secrets will never disappear.

The story continues online, where Jan Hendrik and his team share weekly recipes, stories, travelogues and news about his current endeavours. Like JAN the Journal, the online space is a great, personalised resource of delectables, curiosities and inspiration. In addition, Jan Online offers a collection of bespoke products available to order online.
Click Here

Over the span of his career, Jan Hendrik has worked with a range of leading artisans and crafts people, which has inspired him to start his own range of beautifully curated and crafted products that range from linen to candles, crockery, cutlery and kitchenware, as well as his Journals, which are all available from janonline.com.
Click Here

The universal story of a young South African chef who journeyed to France to pursue his culinary dream, becoming his country’s first Michelin-star chef, which has attracted a diverse range of viewers from South Africa and beyond.
Click Here